This is the end of the work started 3 releases ago about being able to move artifacts from one tracker to another. Until now, everything was fully functional but reserved to people who known how to use REST API. Starting 10.4, the web UI is here for anyone. The "move" action is available in a new menu (see below). This menu groups all actions that are possible on an artifact.

When target project and tracker are selected (move can be cross project) there is a confirmation screen that will tell what information will be moved and what fields will be lost (permanently, be careful).

At the moment, all "semantic" fields are moved:

All follow-up comments and changes on those fields are moved as well with authors and dates. 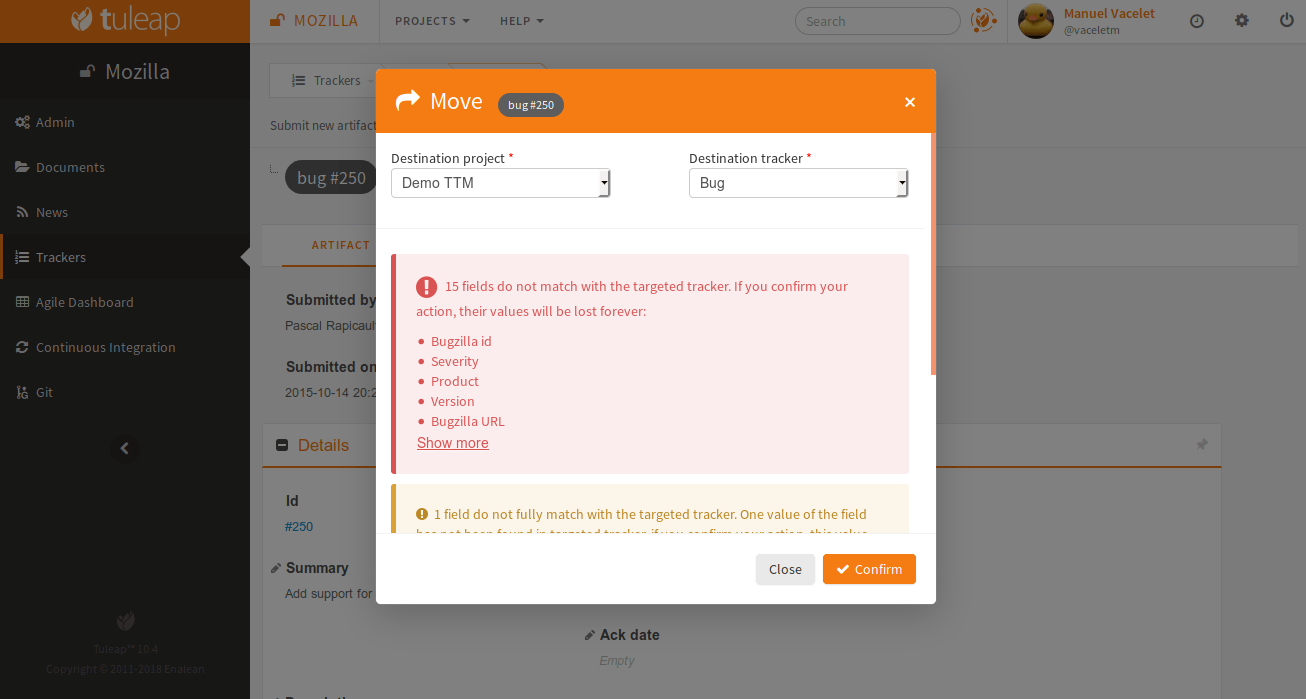 Once the move is done, there is a dedicated follow-up comment to inform about the operation 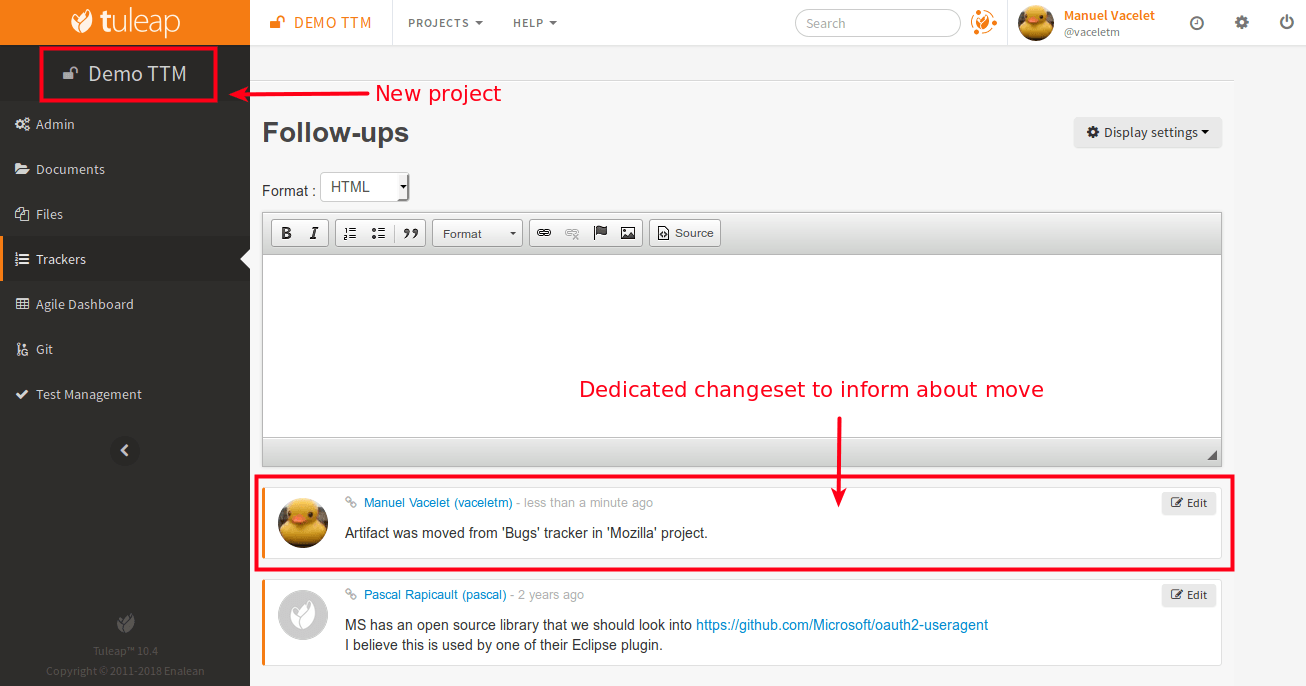 SOAP API for tracker v5 will be removed in fall 2018, this new end point was the only one feature that was still available in SOAP but not in REST. There are no more blockers to not move to REST now.

Git repositories can now be configured to only accept "fast-forward" pull requests.

Once activated, it won’t be possible to integrated pull requests that are not "fast forward" from the interface (it’s still possible to do it on the git CLI though).

This setting is configurable at project level (git service administration) and will be inherited at repository creation. It can also be set on project templates.

Project admins can add a new widget on their dashboard with markdown content. It’s a "Note" widget and it’s useful to give information to visitor about your project, how it’s organized, etc.

Until now it was possible to do that by having an embedded document widget but it was cumbersome and hard to work with. The new recommended way to have free text on a dashboard is the Note widget.

During development cycle we got a bad news: the RPM repositories from Redhat/Centos we were relying on for PHP packages got removed entirely. As PHP is quite important for being able to run Tuleap we had to switch to an alternative repository.

We selected the safe packages maintained by the Release Manager of PHP 7.2 line and maintainer of PHP RPMs for RedHat, Rémi Collet.

Please carefully read the deployment guide to know how to do the switch.

On the plus side, it will ease the migration to PHP 7 and we can know target the most recent version (7.2) that was not available in official repositories !

Given recent troubles we had with offical (RHEL and CentOs) SCLs that got ditched out of the repo, we had to move to remi repos for PHP dependencies. Hence we decided to target PHP 7.2 (provided by remi but not by RHEL/CentOs).